It seems that currently Dude v6 development is postponed.

All the major issues are fixed, the minor issues will be fixed in order of priority.
Do you have any major problems that need to be addressed?
No answer to your question? How to write posts
Top

I discovered bad security defect in Dude - it is possible to read passwords of devices monitored by Dude by users which do not have the "sensitive" policy enabled. This way such read-only dude user can for example login to router with winbox, if such tool using password entered in device settings is defined in Dude.

How to reproduce:
1. enter password for some device in device settings in Dude
2. define new dude Tool, name it for example "Pwd" and enter this command: http:///[Device.Password]
3. create new user "dude" and add it to group with only dude policy enabled (sensitive and password policies not checked)
4. login to Dude client with user dude
5. run "Pwd" tool on the device - it opens browser with device password in URL

Please fix this ASAP, as this bug blocks our usage of Dude for tech support staff with read-only privileges.
Top

Yes Normis, I've reported problem in VirtualBox and SNTP client on CHR. There is a bug with CHR and VirtualBox when you reboot CHR. The clock is not saved and clock changes after next boot. Then Dude starts and malforms its base. You guys have this reported and ticketed already. Still waiting for a fix thou

Raf - This is CHR issue not Dude problem. Debugging of this problem is in our to-do list!
Top

Yeah… sorry about that. Since Dude is on CHR I sometimes take them as one thing

Raf - This is CHR issue not Dude problem. Debugging of this problem is in our to-do list!

CHR time bug is a separate thing.
BUT, that doesn't mean that Dude isn't at fault too, if the clock happens to go backwards - which it will certainly do at least once a year at DST end.
Dude should cope with this sort of thing, rather than making a mess of its database on such happenings.
Don't just ignore things like this. There IS something to fix.
Top

All the major issues are fixed, the minor issues will be fixed in order of priority.
Do you have any major problems that need to be addressed?

Yeap, i have a problem with some itens not displaying interface traffic. Note that SNMP readings on the label shows correctly. Everything used to work fine at Dude 3.6

At the image you can see that some links display the information correctly others just show a " ? " sign. It doesn´t happen to a specifc device or brand, it´s random thing. 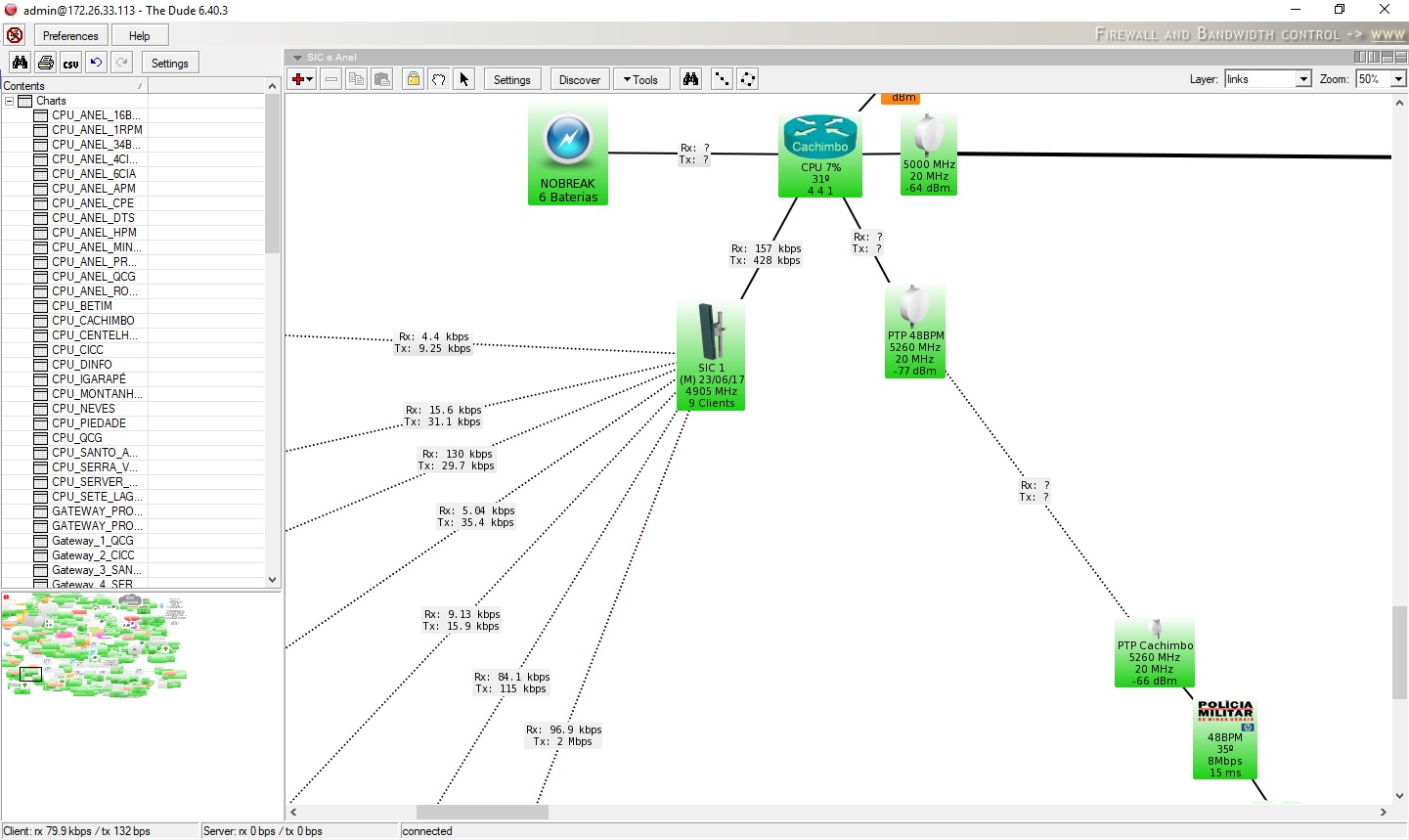 I'm having the same problem as the friend above.

In DUDE 3.6 this does not happen, but in update 6.40 it is frequent. Why is this happening?
Top

All the major issues are fixed, the minor issues will be fixed in order of priority.
Do you have any major problems that need to be addressed?

Are we still going to get new features, there's a number of things it would be nice to have?
Top

Recently, an issue was addressed to the support and we got a reply.

If you heave a time and possibility, please look on it.

Dude v6 - Dependencies - How does it work?

If you heave a time and possibility, please look on it.

Users browsing this forum: No registered users and 4 guests